These are benchmarks for sake. The implementation is in a separate repository at github.com/alajmo/sake-performance.

sake is between 6 and 8 faster than pyinfra and between 4 and 18 times faster than Ansible, depending on the number of hosts.

The benchmarks are generated by running each test 20 times and taking an average for each of the following metrics: 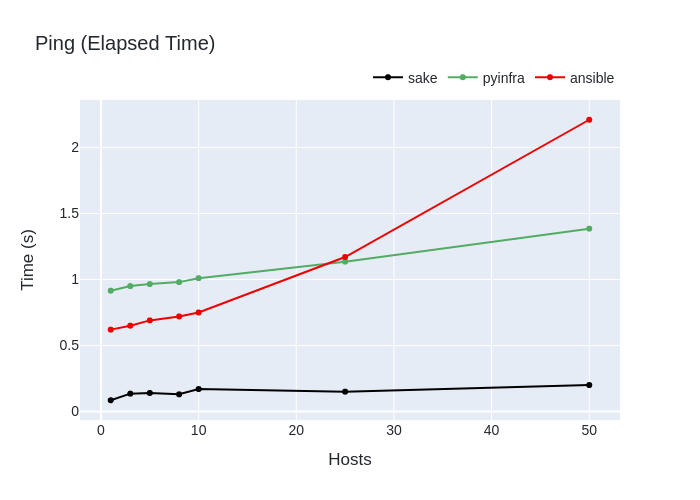 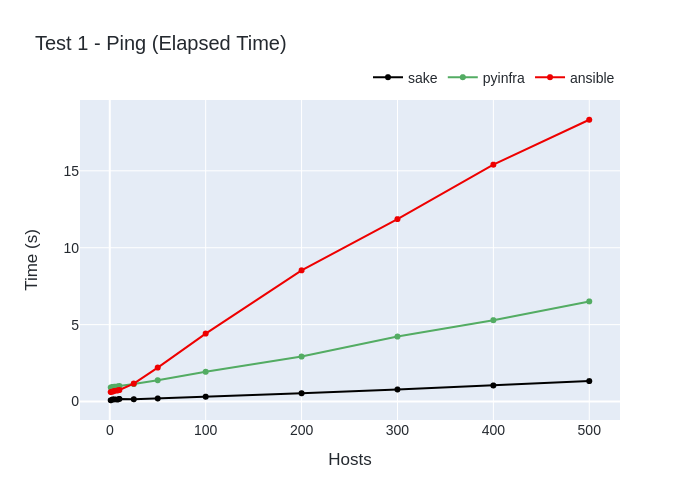 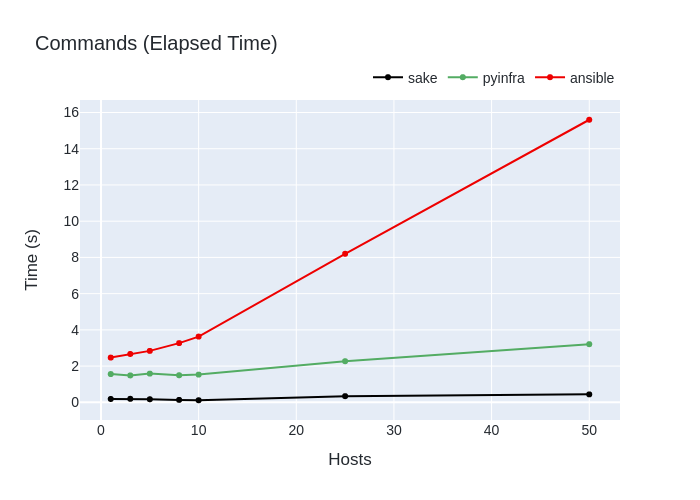 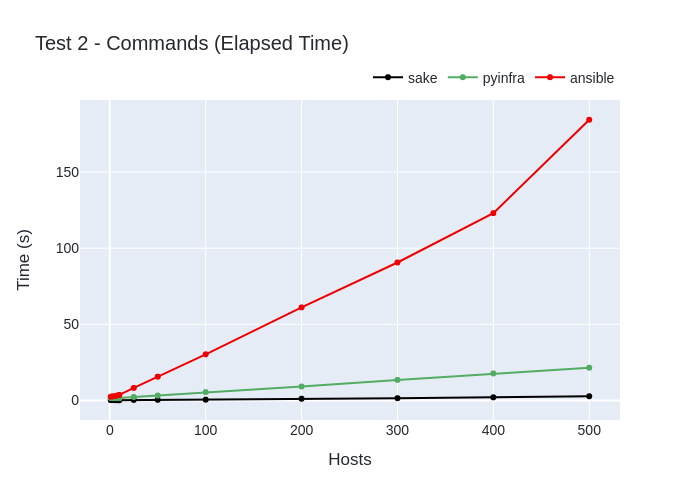 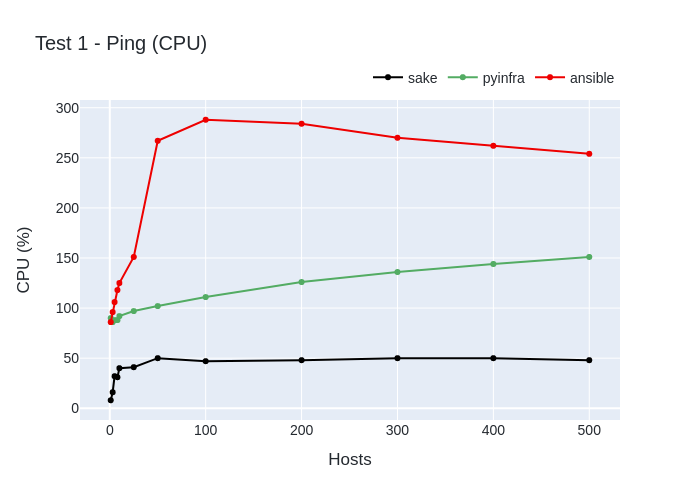 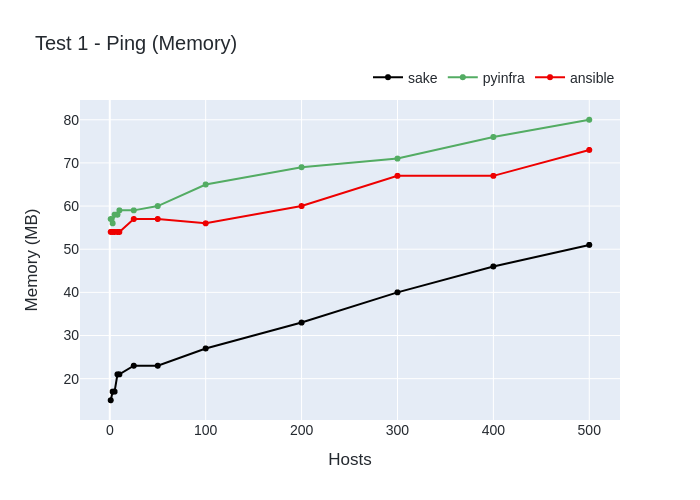 The following tasks are ran:

Note, after the first command is ran, the subsequent commands won't do anything since the user and files already exists, so all tasks are idempotent. 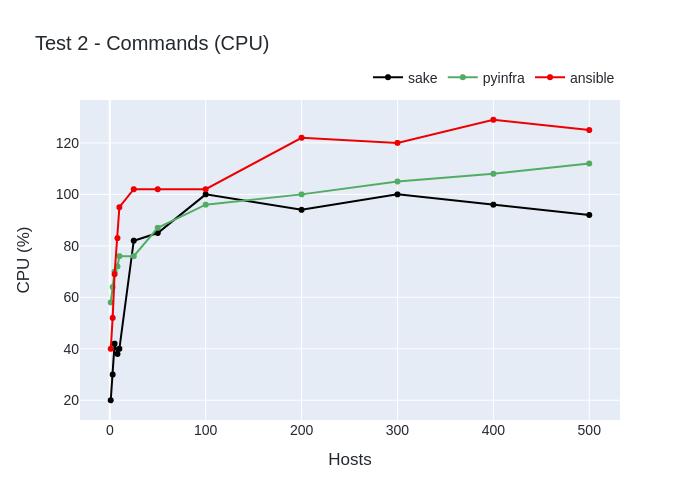 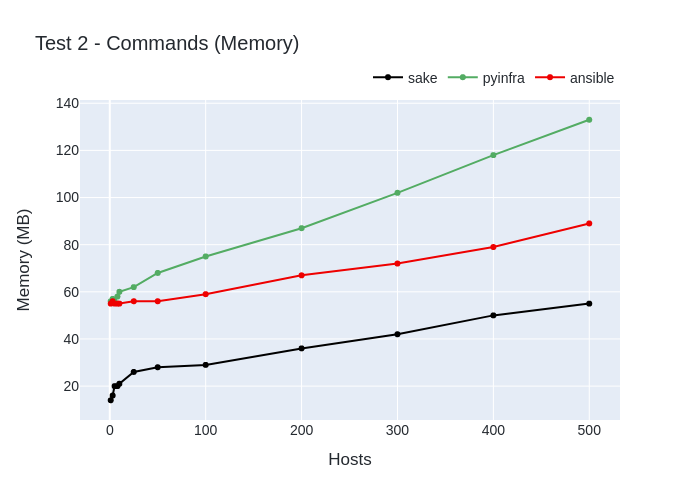